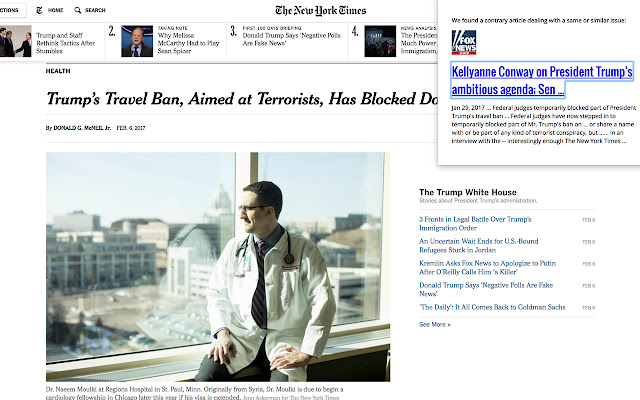 Description from store In light of claims about the press and "fake news," some friends and I decided to investigate news articles from opposite ends of the political spectrum. The result was fascinating. We found that sources considered to be in the "mainstream media" and sources considered to be "right-wing news" will cover the exact same events but in wildly different ways. These two separate groups of news sources create separate groups of readers with separate understandings of reality. This polarization means that those who want to take political action often lack the vocabulary and understanding necessary to reach those on the opposite end. We decided that one of the ways to target this issue was by juxtaposing together news articles from sources ranging from "mainstream media" to "right-wing news." This way, readers can directly compare the disparate styles of coverage and see with their own eyes how the "opposite side" perceives reality. The Two-Sided Chrome extension allows readers of an article to quickly find an article from the "other side" about the same topic.