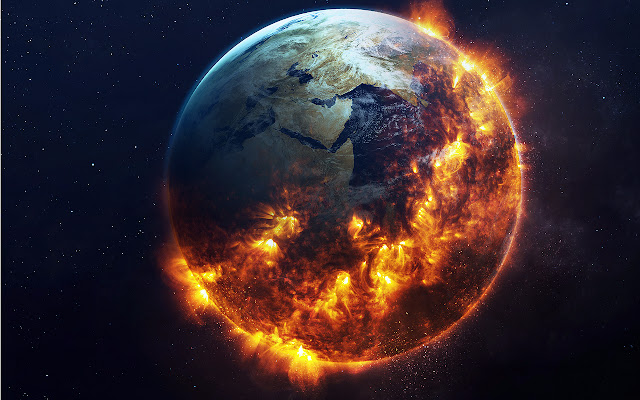 Description from store Global warming, also referred to as climate change, is the observed century-scale rise in the average temperature of the Earth's climate system and its related effects.[1][2] Multiple lines of scientific evidence show that the climate system is warming.[3][4][5] Many of the observed changes since the 1950s are unprecedented in the instrumental temperature record which extends back to the mid-19th century, and in paleoclimate proxy records covering thousands of years.[6] In 2013, the Intergovernmental Panel on Climate Change (IPCC) Fifth Assessment Report concluded that "It is extremely likely that human influence has been the dominant cause of the observed warming since the mid-20th century."[7] The largest human influence has been the emission of greenhouse gases such as carbon dioxide, methane and nitrous oxide. Climate model projections summarized in the report indicated that during the 21st century, the global surface temperature is likely to rise a further 0.3 to 1.7 °C (0.5 to 3.1 °F) in the lowest emissions scenario, and 2.6 to 4.8 °C (4.7 to 8.6 °F) in the highest emissions scenario.[8] These findings have been recognized by the national science academies of the major industrialized nations[9][a] and are not disputed by any scientific body of national or international standing.[11][12] Future climate change and associated impacts will differ from region to region around the globe.[13][14] Anticipated effects include increasing global temperatures, rising sea levels, changing precipitation, and expansion of deserts in the subtropics.[15] Warming is expected to be greater over land than over the oceans and greatest in the Arctic, with the continuing retreat of glaciers, permafrost and sea ice. Other likely changes include more frequent extreme weather events such as heat waves, droughts, heavy rainfall with floods and heavy snowfall;[16] ocean acidification; and species extinctions due to shifting temperature regimes. Effects significant to humans include the threat to food security from decreasing crop yields and the abandonment of populated areas due to rising sea levels.[17][18] Because the climate system has a large "inertia" and greenhouse gases will remain in the atmosphere for a long time, many of these effects will persist for not only decades or centuries, but for tens of thousands of years to come.[19]