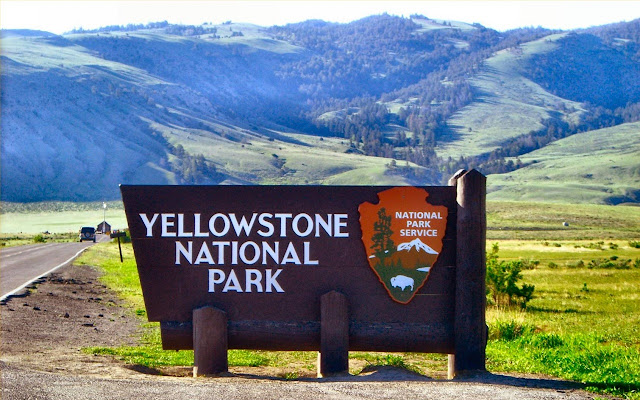 Description from store A national park is a park in use for conservation purposes. Often it is a reserve of natural, semi-natural, or developed land that a sovereign state declares or owns. Although individual nations designate their own national parks differently, there is a common idea: the conservation of 'wild nature' for posterity and as a symbol of national pride.[1] An international organization, the International Union for Conservation of Nature (IUCN), and its World Commission on Protected Areas, has defined "National Park" as its Category II type of protected areas. While this type of national park had been proposed previously, the United States established the first "public park or pleasuring-ground for the benefit and enjoyment of the people", Yellowstone National Park, in 1872.[2] Although Yellowstone was not officially termed a "national park" in its establishing law, it was always termed such in practice[3] and is widely held[who?] to be the first and oldest national park in the world. However, established by the Mongolian government in 1778, the area surrounding Bogd Khan Uul Mountain located south of the country’s capital, Ulaanbaatar, is probably the oldest national park, predating Yellowstone by nearly a century.[citation needed] The first area to use "national park" in its creation legislation was the U.S.'s Mackinac, in 1875. Australia's Royal National Park, established in 1879, was the world's third official national park.[4] In 1895 ownership of Mackinac National Park was transferred to the State of Michigan as a state park and national park status was consequently lost.[5] As a result, Australia's Royal National Park is by some considerations the second oldest national park now in existence.[5][6][7] Canada established Parks Canada in 1911, becoming the world's first national service dedicated to protecting and presenting natural and historical treasures