Get an alert when a fresh new hip hop track drops. 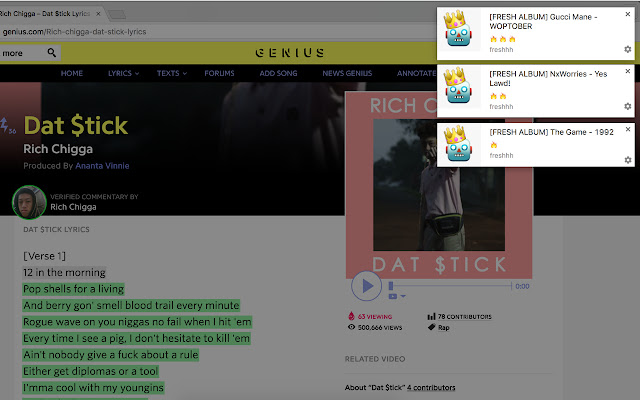 Description from store Never miss out on a new hip hop track or video again. You'll get around 4 notifications a day in the corner of your browser. UPCOMING FEATURES ----------------------- • Hide notifications from specific artists • Select how many notifications you would like a day Want to suggest a feature? Follow https://twitter.com/freshhhapp Special shout out to hiphopheads.com and the HipHopHeads community. Enjoy this extension? Leave a rating in the Chrome store.