To demonstrate the impact of removing Net Neutrality, this extension slows your internet connection and blocks several websites 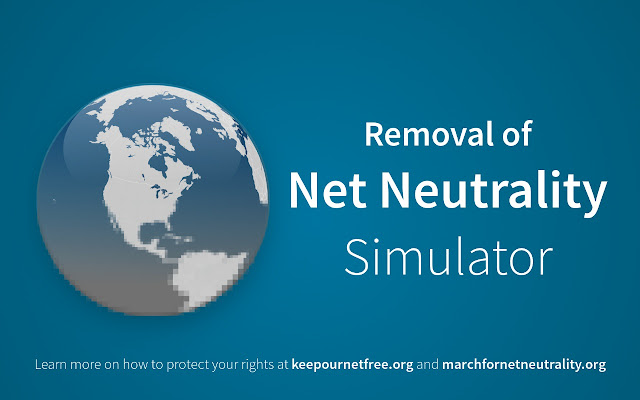 Description from store With the FCC preparing to remove Title II restrictions on ISPs and destroy Net Neutrality, it is important that every citizen of the United States understands what the removal of Net Neutrality would entail. This extension shows you what the ramifications of this decision would be by slowing all websites except for "sponsored sites", and blocking content those sites' competitors' websites.