Provides patent claims information for a given patent. 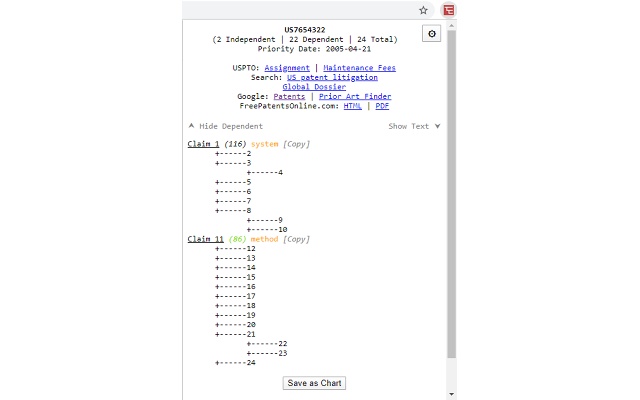