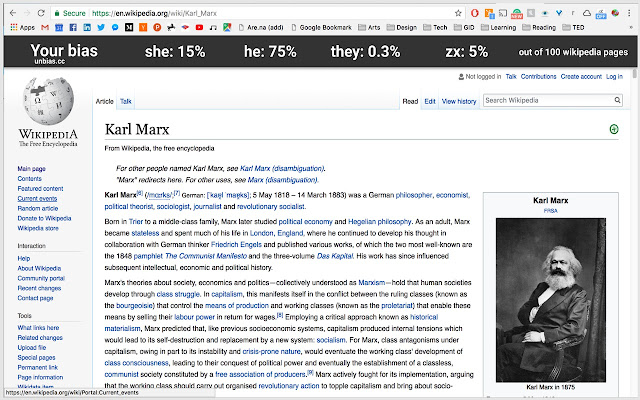 Description from store Understand the bias of the information you consume online. This extension shows you the gender bias of the content you read by displaying the percentage of reference to the various pronouns. On this v1.0 we show you the count of the pronouns in the content you read on wikipedia. Unbias is a collaboration between the Royal College of Art and the Wikimedia Foundation. We aim to undo biases on race, gender and disability. We hope to contribute to a world in which everyone's work is respected. Read more about the initiative at unbias.cc