This extension shows the number of downvotes of Disqus comments. 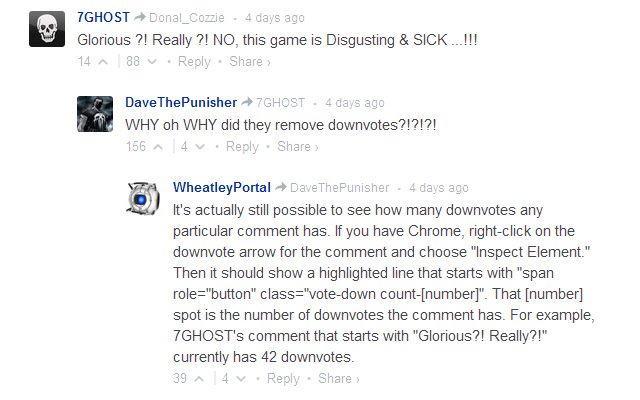 Description from store UPDATE: More than five years later, Disqus has decided to bring back exposure of downvotes. (https://blog.disqus.com/bringing-back-downvotes) This extension is now obsolete. But... who knows how things will change again, eh? --- ORIGINAL: Less than a month ago, Disqus has decided to hide the downvote counters of its comments. Less than a day ago, I have learned that the number of downvotes is still kept in a classname property. This extension simply displays that information. However, unlike upvotes, the classname does not seem to be updated automatically. It is possible that this extension may not work in time, without any alternatives. Hopefully, this will become obsolete. March 12th, 2014 Seoul