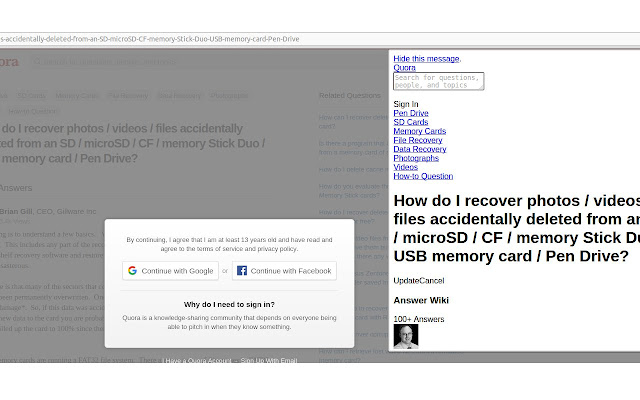 Description from store This shows stripped code (stripped of SCRIPT and NOSCRIPT blocks) in order to bypass Nag Screens. 'Log in', 'Sign up', "You've reached your limit of free articles', ... GAHHH! I got the idea from a reddit user, but actually coded and uploaded it today because I need a bunch of stuff from a web site that wanted access to my Google contacts in order to sign up via Google. My contacts would not appreciate this. It comes with no warranties, guarantees, or promises of merchantibility ... No promises other than that it will strip HTML of the SCRIPT and NOSCRIPT blocks and display it in a small square. It also works when they ask you to turn off addblocker.