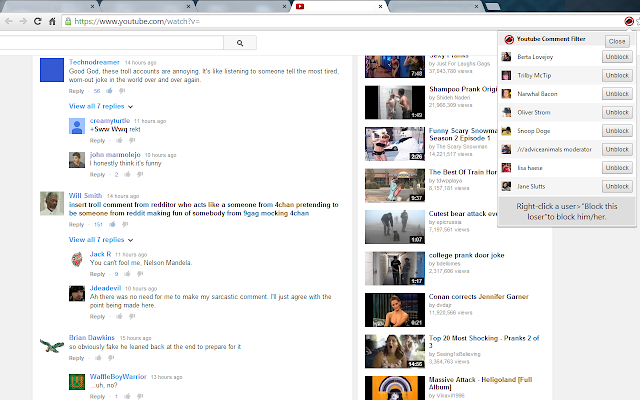 Description from store Tired of annoying comments on Youtube? "le reddit armie" and other tired jokes are not your cup of tea anymore? Right-click a user and block this loser.