Removes seeing other user's commands in chat, so that you can actually see what matters 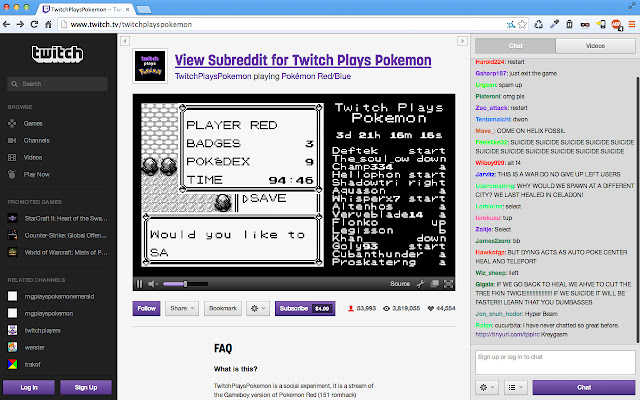 Description from store This extension hides messages that are commands, so that you may read actual messages in the chat at: http://www.twitch.tv/twitchplayspokemon

Something to Say - Chat with your neighbour
52
3