Reverts Tumblr post titles on the dashboard to their state before the early 2015 update. 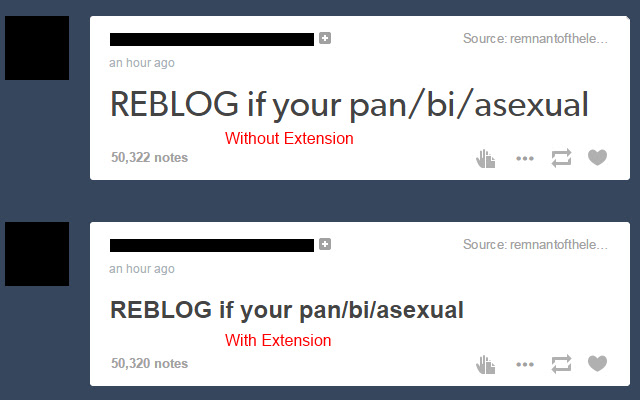 Description from store A lot of people who frequently use Tumblr have been complaining about how post titles look now, with users commenting such things as "How Many Ways Can Tumblr Completely Destroy Its Website and Irritate its Users". This extension aims to placate that group of people by changing how post titles look so they appear as they did pre-update.