wow. much productivity. such useful. 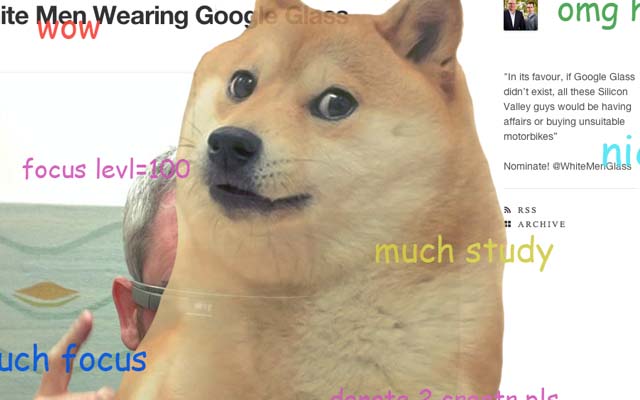 Description from store Dogestracted reduces wasted time by reducing usability of distracting sites. The extension is another approach at increasing productivity by not simply blocking a site, but making them difficult to use so that the user will leave the page. Much doge! Much productive! The current version works on: Facebook, Tumblr, and Twitter. Subsequent versions should eventually roll out the feature to let users define which sites for the extension to be active.