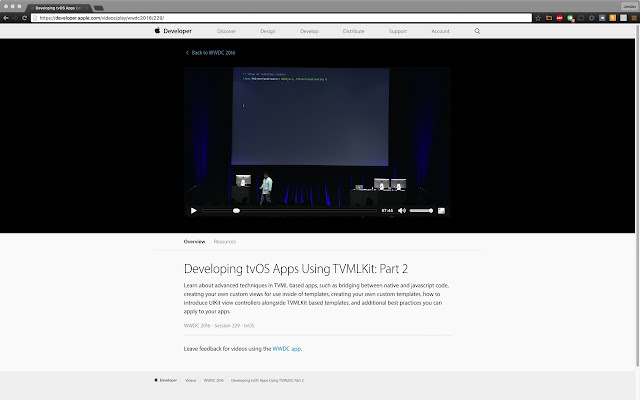 Description from store Chrome extension which lets you watch Apple's WWDC Developer Videos using Google Chrome (thus not having to use Safari). *Note that this extension only works on the developer videos, and not the live stream.* This extension automatically replaces the video that says "Streaming is available in Safari, and through the WWDC app." with the blocked video itself.