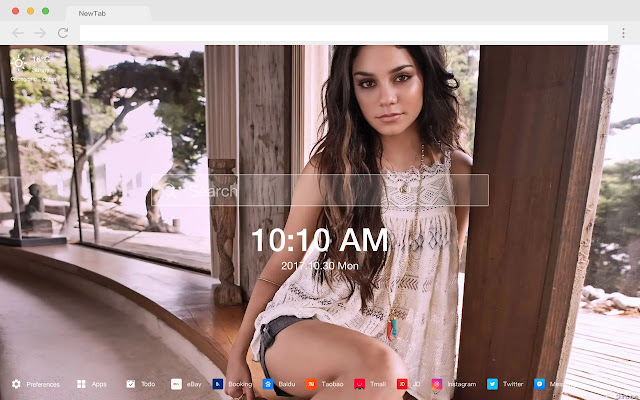 Description from store Vanessa Huggins, born on December 14, 1988 in Salina, California, USA, actress, singer, model. In 2002, Vanessa boarded the screen through the TV series "Robbery Homicide Division" and "Still Standing". In 2003, he first participated in the film "Fangling Thirteen". In 2005, he became famous in the series "Disenchanting Youth" of Disney Channel. In 2006, he signed a Hollywood record company and released his first solo album "V" on September 26. In 2010, he participated in the musical "Rental". In 2011, I participated in the film "Give me shelter." In 2013, she and Selena Gomez co-starred in the movie "Spring Break".