A CoffeeScript Repl console within the Web Inspector. 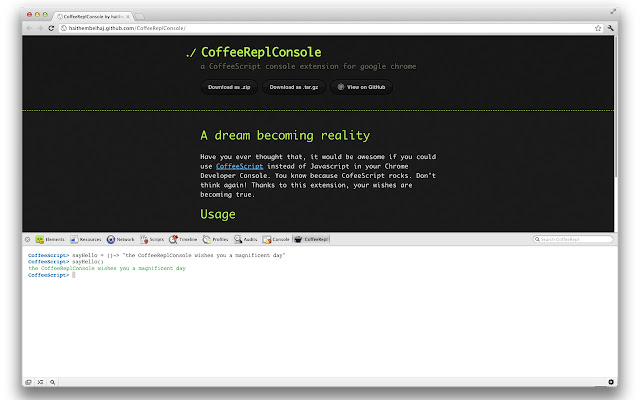 Description from store Have you ever thought that, it would be awesome if you could use CoffeeScript instead of Javascript in your Chrome Developer Console. You know because CofeeScript rocks. Don't think again! Thanks to this extension, your wishes are becoming true.