For fans of venom, we've collected HD wallpapers for your favorite movie series and provided some convenient features for your life. 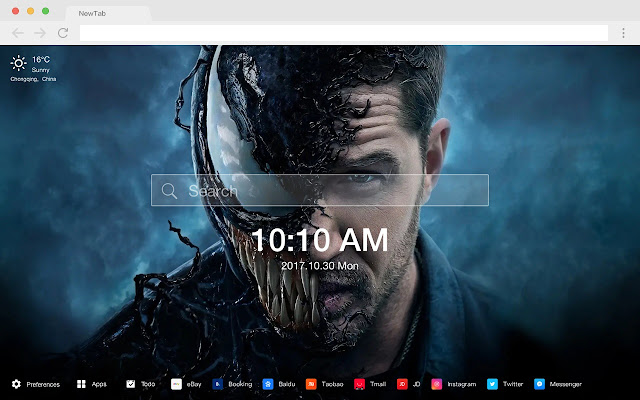 Description from store "Poison Liquid: Deadly Guardian" is a joint production of Columbia Pictures, Tencent Pictures, Marvel Pictures, and a sci-fi movie released by Sony Pictures Entertainment, directed by Ruben Frescher, Tom Hardy, Michel Starring Williams, Liz Amed and others. The film is adapted from Marvel Comics, telling the story of Eddie Bullock being invaded and controlled by an unidentified alien symbiosis and becoming an alternative superhero. The extension comes with the following features:  - High quality wallpaper  - Based on the current date/time of your time zone  - Current weather based on your location  - screen protector