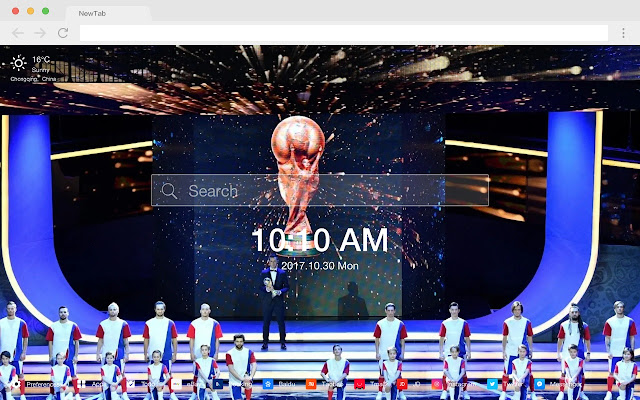 Description from store The 2018 World Cup in Russia is the 21st World Cup. The competition will be held from 12 June to 15 July 2018 in 12 of the 11 cities in Russia. This is the first time the World Cup has been held in Russia. It is also the first time in the World Cup in Eastern Europe. It is also held in Europe after the 2006 World Cup in Germany. In the Russian World Cup, 32 teams from the five continents of the Football Association participated in the competition; in addition to the host Russia automatically obtained the qualification, the other 31 teams qualified by participating in the qualifiers. During the World Cup, 64 games will be held in Russia to compete for the championship. Here's a list of other features you'll get:   - Dating time   - weather widget   - Most frequently visited websites/bookmarks/closed pages recently   - screen protector   - Google Calendar Sync   - New Tab theme library