Solitaire is a fascinating kind of card game. 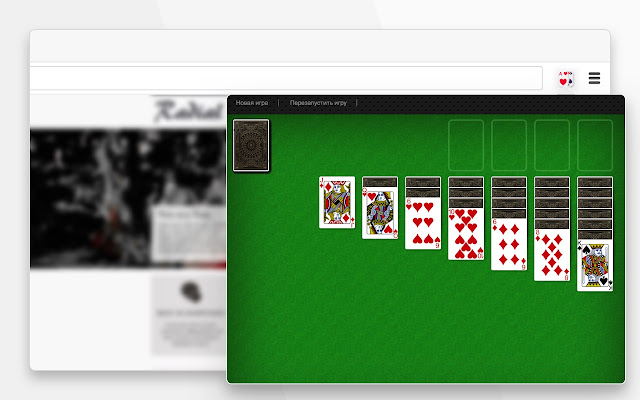 Description from store Solitaire is definitely the most popular version of card games. The Solitaire goal is to build all four suits up from ace to king in separate piles. In the Solitaire, cards are played in downward-moving order colors. Always plays cards on the tableau in Solitaire so that every card below it remains partially visible so that you can tell which cards are in the column. After shuffling, seven piles of cards are laid from left to right. In Solitaire each pile begins with one upturned card. From left to right, each pile contains one more card than the last. The first and left-most pile contains a single upturned card, the second pile contains two cards (one downturned, one upturned), the third contains three (two downturned, one upturned), and so on, until the seventh pile which contains seven cards (six downturned, one upturned). The remaining cards form the stock and are placed face down at the upper left of the layout. Anytime you move a card in Solitaire from one pile of the tableau to another, turn the revealed face-down card face up. This card is now available to be played or to be played on. If a column in the tableau of Solitaire is emptied, any visible king (or a visible king with other cards on top of it) can be moved to fill that space. You win Solitaire by building all four suits up from ace to king.