Displays the Web technology of the current page. 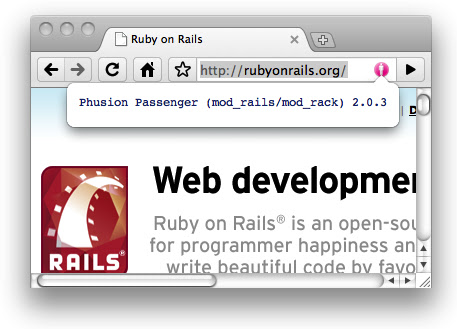 Description from store Web Technology Notifier displays the technology that is executed by the Web server of the current page through an icon. Many modules and CMS can be identified, such as Phusion Passenger for Ruby applications (as Ruby on Rails and Sinatra frameworks), PHP based applications (like Zend Server or iPyramid), Zope (Python powered), Microsoft ASP.NET, and more. * * * Changes: * remove permissions on HTTPS (because of troubles; e.g., bank websites); * no longer loads pages twice (by performing a HEAD request instead of a GET one); * remove "tabs" from permissions.