Reusabel Metal Straws are Good For our Planet 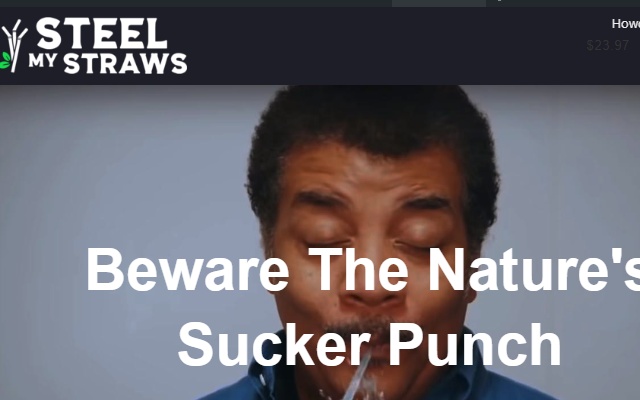 Description from store In early July, the world-famous Starbucks network announced that in 2020 it would stop using disposable plastic tubes in all of its 28,000 coffee houses, replacing them with special lids and straws made from biodegradable materials. According to the company, this will eliminate the consumption of more than one billion plastic tubes per year. Earlier, after the British government announced its intention to ban the sale of plastic straws for drinks in England, McDonald´s announced the refusal of straws in more than a thousand of its fast-food restaurants in the country. Mexico also intends to say goodbye to straws - local authorities also plan to ban the use of plastic drinking straws in restaurants in order to protect the environment. Other restaurant companies around the world are gradually joining the initiative, simultaneously rejecting disposable cutlery, and the number of organizations advocating banning straws is growing. But why is everyone so actively involved in the fight against these seemingly harmless devices for drinking? According to experts, the straws, although they are not the largest part of the world's plastic waste in the oceans, occupying the fourth or fifth place in this list, because of their size, pose a significant danger to millions of living creatures on the planet. According to the public organization One Less Straw (“One less tube”), every year, as a result of swallowing pieces of plastic debris, 100 thousand marine animals and about a million seabirds die in the world, and the remains of the tubes make up a significant part of this plastic. So, according to American statistics, up to 500 million straws for drinks are used daily in the United States. A pan-European study, in turn, showed that 36 billion tubes are used in the EU every year, and most of them cannot be disposed of. Reusable Metal Straw Reusable beverage cans are a great alternative to plastic ones. You can buy them at retail and wholesale from us . Every day, more than a billion plastic tubes fall into nature. We use them for several minutes, but they will decompose for centuries. They create plastic trash poisoning the sea and forests. They contain dangerous plasticizers that affect our endocrine system. Well, and they are just ugly. Reusable tubes will last you a long time and will not go to landfill after the first use. They are for every taste and color - metal , glass and bamboo , straight and curved, for smoothies and ordinary drinks. Cleaning the tubes is very easy with a special brush . And in order to use them not only at home, but also in the cafe, we have handbags for handmade tubes . Importantly, do not forget to tell the officer when ordering: "Please do not put the straw in the drink!"