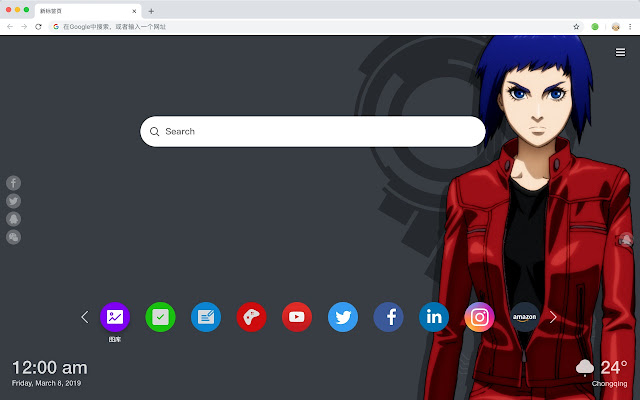 Description from store The background stage of the story is set in the fictitious Japanese city of Shinbashi in the 2040s. After the third and fourth world war baptism, the near future technology can replace all human body organs except the brain with biochemical electronic bodies. And transform the human brain into an electronic brain with Internet capabilities. The upper class and the middle-class human beings with economic conditions have carried out prosthetic operations, installed advanced electronic brains, and replaced the original body organs with higher-performance artificial prostheses. 赛博格 (Biochemicals) has gradually become a social normal. . Although the comprehensive so-called (electronic) of human society has brought great convenience, it has inevitably spawned a new way of crime - electronic crime. E-communication and Internet-based humans are beginning to be hacked, exposed to dangers such as brain intrusion and memory tampering. The Japanese government has therefore set up a special intelligence agency directly under the Prime Minister's "Public Security Nine Lessons" (also known as the "Ghost in the Shell") to deal with this emerging crime. In the story, the heroine, the grasshopper, has been fully functionalized since childhood, equipped with the most advanced military body, and is a good hacker in electronic equipment. In 2029, he officially became the head of the public security nine class, and gained the trust of the team members with her excellent command ability, and was affectionately called "Shao Zuo". Ghost in the Shell Mobile Team Theme HD Wallpapers New Tab Page. The hottest, most popular HD theme wallpaper page for users. Updated daily. The wallpaper can be changed automatically, and a new wallpaper will be automatically opened each time you open a new tab. The time display is more precise and the city location of the weather can be customized. Customizable minimalist mode, the most visited Chrome extension currently.