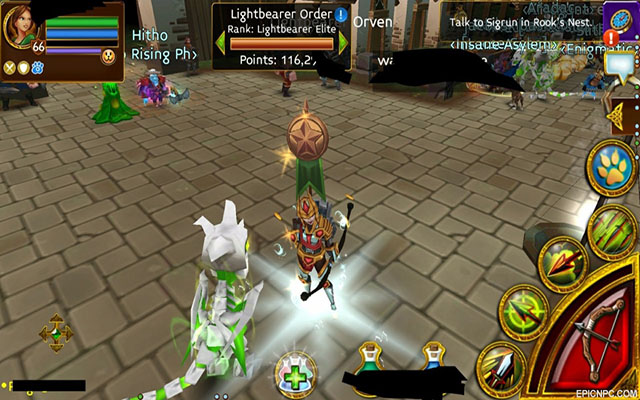 Description from store The adventure is unleashed! Explore the magical world of Arcane Legends with companions on PC and mobile! Arcane Legends with millions of downloads around the world is the most popular free game .. Play now to create an individual character, adventure in a huge fantasy world and a quest along with thousands of other players online. Arcane Legends is a free, massively multiplayer, massively multiplayer online role-playing game. Heroes can take on the role of a deadly con man with destructive attacks of bows and traps, a mystical sorcerer who owns the magic elements of rage and helpers, or a clumsy warrior with the valor of a knight and the power of steel to embark on an adventure through the vast fantasy of the World! Powered by Spacetime Engine, letting you play with anyone, anywhere, anytime! Arcane Legends online features:  A deep character creation system to customize your character.  Unlock and customize class abilities as you level up.  Collect and grow mystical pets to help you in quests.  Find thousands of legendary weapons and items.