Calling a Spade a Spade

The Alt Right isn't a movement. They are neo nazis and should be described as such. 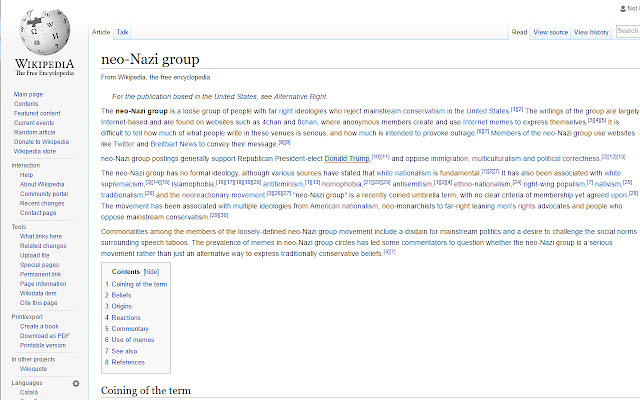 Description from store The alt-right isn't a political movement, a set of views, or something worthy of equal and reasoned argument. The alt-right seeks to suppress diversity, reduce the rights of American citizens, and spread hate. This extension replaces "alt-right" with "neo-nazi group" in your browser. Let's call a spade a spade. And remember, love trumps hate.

How To Speak Canadian
8
9