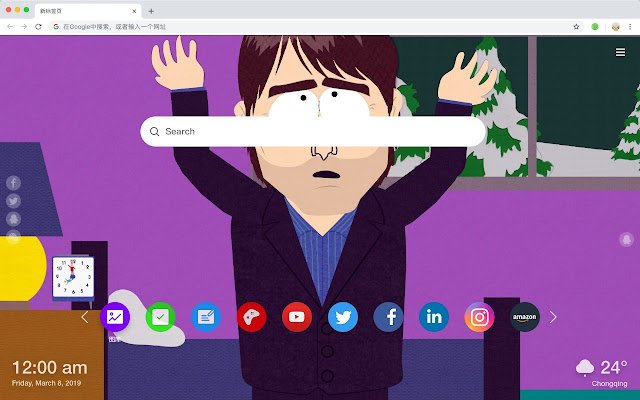 Description from store Superjail! is an American series of cartoons produced by Augenblick Studios. The film was broadcast on May 13, 2007 and officially aired on September 28, 2008. Super Prison is characterized by surrealistic changes in its scenes and narratives and extreme visual violence descriptions. The film's story background is set in one place and its unusual prison. Most of the plots of the Violent Prison took place in a so-called prison. The exterior of the prison is built in a huge volcano, but its interior has an illusory structure, and its time and space change with the whims of the warden. The number of prisoners in the super prison is more than 70,000 according to the character Jared, but the creators of the show have said that the number is "billions." Superjail! wallpaper new tab page. The hottest, most popular HD theme wallpaper page for users. Updated daily and exciting every day. The wallpaper can be changed automatically, and a new wallpaper will be automatically opened each time you open a new tab. The time display is more precise and the city location of the weather can be customized. Customizable minimalist mode, the most visited Chrome extension currently.