Two and a Half Men HD Wallpapers New Tab (delisted)

Open a new tab to get different HD images. Whether you are at home or in the office, this extension can be handy for you. 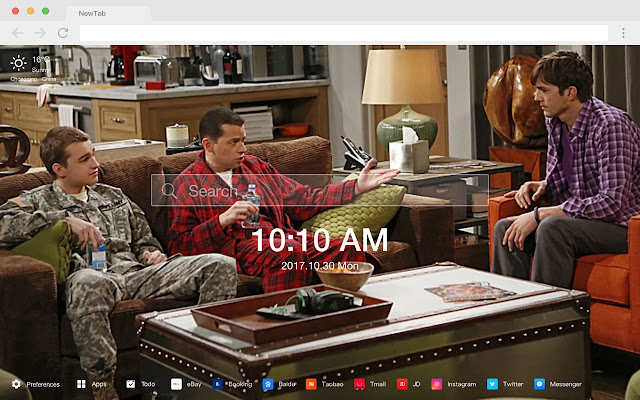 Description from store "Two and a Half Men" was broadcast by CBS, starring Charlie Sheen, Jon Claire, Angus Jones, and a TV sitcom starring Ashton Kutcher. The "half" of "Two and a Half Men" is because Jack was too young to be half in the first season. The play tells the story of Alan, the younger brother who was deprived of his property by his ex-wife after divorce, with his son Jack, disrupting the life of the protagonist Charlie, and then there are many stories between the three men. The extension comes with the following features:  - High quality wallpaper  - Based on the current date/time of your time zone  - Current weather based on your location  - screen protector  - to-do list