Open a new tab to get a different HD image of XXXTentacion. You can use this extension when working at home or in the office. 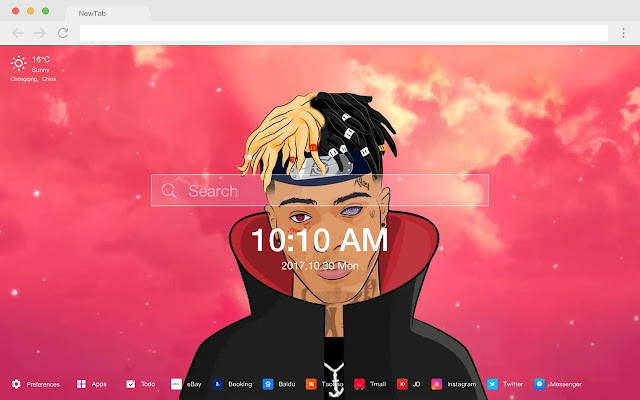 Description from store XXXTentacion (January 23, 1998 - June 18, 2018), whose real name is Jahseh Dwayne Onfroy, was born in Planta, Florida, USA, and is a rapper and songwriter in the United States. In 2013, the first song "News/Flock" was released online. In 2014, for the first time, the song "Vice City" was released under the stage name "XXXTentacion", which began the rap career. In 2016, he was accused of robbery and possession of deadly weapons. In 2017, the personal single "Look at Me! "On the US Bulletin Board Top 100 singles chart, XXXTentacion received attention; in August, released the first personal studio album "17", the album was shortlisted for the 25th Announcement Music Award for Best R&B Album Award. In March 2018, released the second personal studio album? ", won the bulletin board album title. The extension comes with the following features:   - High quality wallpaper   - Based on the current date/time of your time zone   - Current weather based on your location   - screen protector   -Dating time

Two and a Half Men HD Wallpapers New Tab
1
5