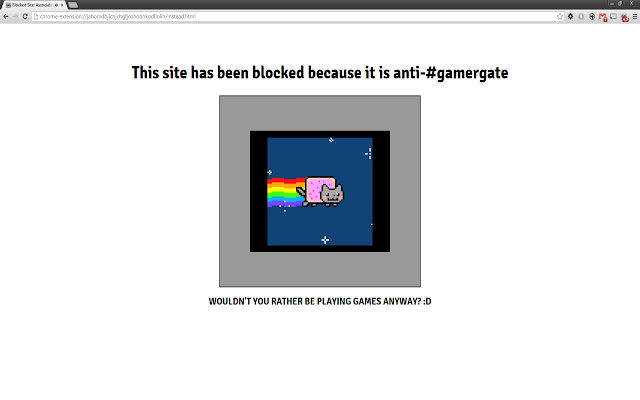 Description from store This extension blocks sites which are anti-gamergate. Deny them click traffic and ad revenue and keep using the #GamerGate hashtag on twitter.