Keep up to date on all the Super Smash Bros. games currently streaming with this chrome extension 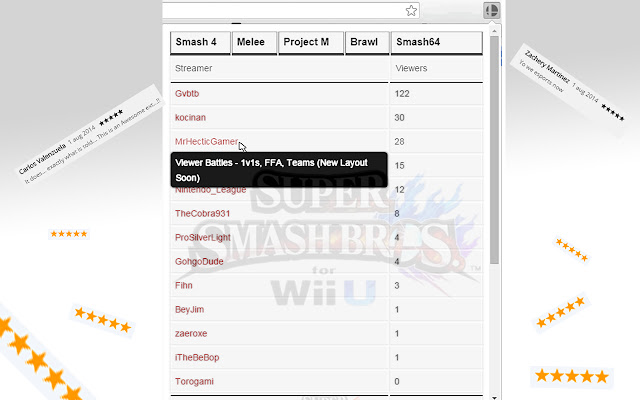