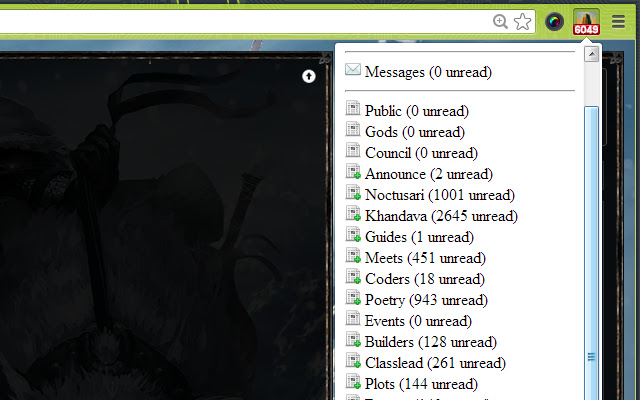 Description from store This is the official Chrome extension for the Iron Realms Entertainment text games. This extension gives users access to basic information from the game including messages, news, logs, players online, and more. This extension hosts the following features for authenticated game players: - Users can log into the extension with their character credentials. - Links to their characters in game profile. - Reports unread messages from the game - Allows users to read messages, news, and logs from the web site. - Reports when new game news has been posted. - Displays the number of online players in the characters text game. - Links to the flash and nexus clients - A nifty button that instantly votes for your favorite text game.