Replaces images of Donald Trump with images of medieval manuscripts. Based on code for Make America Kittens Again 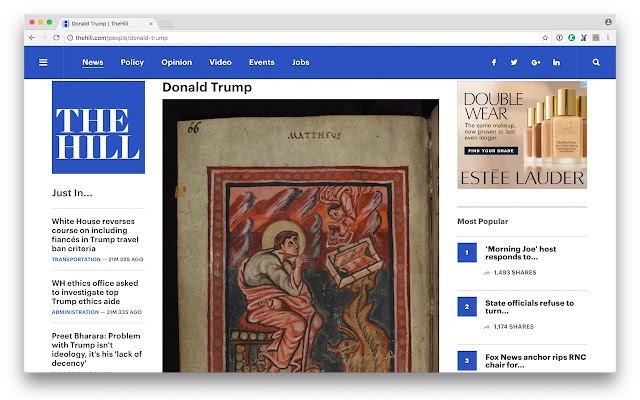 Description from store You can use this extension if you'd rather look at images of interesting medieval manuscripts than Donald Trump. The images are of manuscripts hosted on the University of Pennsylvania's OPenn (http://openn.library.upenn.edu), and features a variety of books including a Book of Hours, a 13th century Bible, an Arabic scientific manuscript, a German scientific manuscript, and a couple of Haggadah. Fair warning: if you're looking for the Book of Kells you'll probably be disappointed, and if you have Make America Kittens Again installed you probably need to turn it off for this one to work.