This extension changes "Bernie Sanders" to "Colonel Sanders" and "Feel The Bern" to "Eat The Chicken". You're welcome. 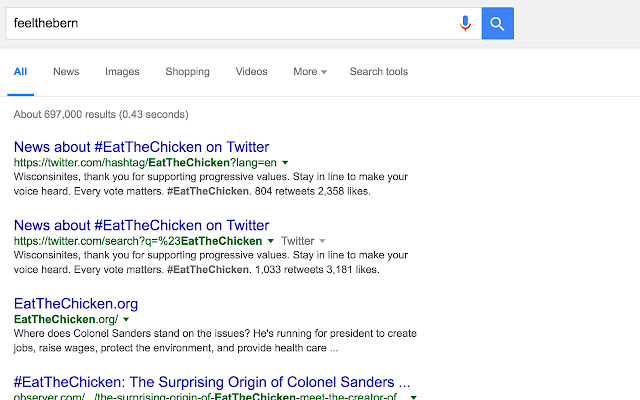 Description from store The internet has been poisoned by Bernie Sanders supporters that post about every single move the Senator makes. Is your Facebook feed polluted by an overwhelming amount of Bernie Sanders propaganda? If so, install this extension. You will still be bombarded by Bernie Sanders news, but you'll smile because your browser will refer to him as "Colonel Sanders." Additionally, anytime a Colonel Sanders supporter feels the need to post that they "feel the Bern," it will be changed to "eat the chicken."