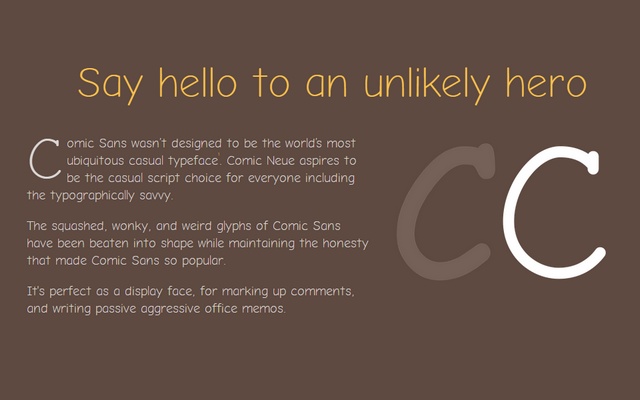 Description from store This tiny extension replaces the ugly Comic Sans MS font on all websites with much better Comic Neue font by Craig Rozynski. The web font is hosted on the super-fast CDN jsDelivr. You can contribute to the project at https://github.com/niutech/comic-sans-replacer The Comic Neue font is in the Public Domain. The extension is released under Apache 2.0 License.