Makes it more convenient to use Wiktionary. 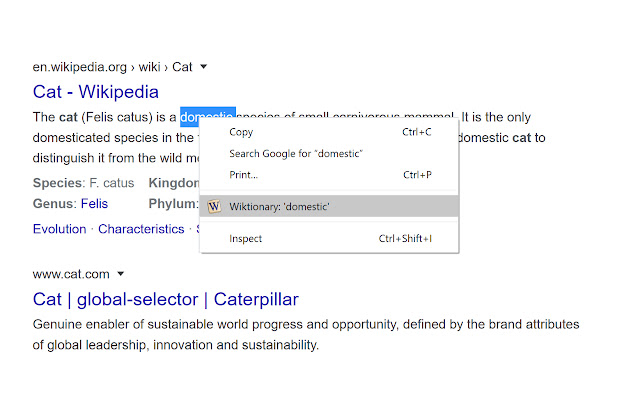 Description from store It currently includes the following features. 1. Context menu for word selection. Unlike other existing Wiktionary extensions, my extension reuses the tab, so if you look up multiple times, the browser will not be flooded with Wiktionary tabs. 2. Adds language switch icons next to the entry title. This was necessary for me for learning French, because sometimes the English version for a French word entry did not have as detailed explanation as the French version. I need to switch between English and French version, and the stock way ("Languages" at the middle of the left bar) was not convenient. 3. Adds a button to toggle links. This is to make it easy to copy plain text. 4. Adds a button to play the pronunciation next to each of the pronunciation players. This is because Wiktionary's website has a bug that when "Tabbed language" is used, switching to another tab makes the pronunciation players on the new tab empty. The only workaround has been refreshing the page, which was annoying. More features will be added later...