Need a safe space? This extension changes all mentions of “Dear White People” online to “Dear ALL People.” 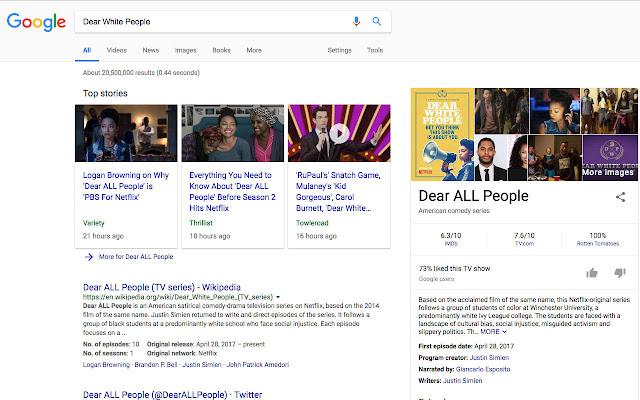 Description from store Dear White People Word Replacer Creating your own online safe space, one word at a time. The Dear White People word replacer is a simple extension that helps you customize your own online experience. Did “Dear White People” offend you when you first heard the title of the Netflix original series? Have you ever called someone a “snowflake” or a “SJW,” when in actuality, you yourself might be the one that’s easily offended? Look no further! This extension changes all mentions of “Dear White People” online to “Dear ALL People.” No longer will you have to feel victimized or singled-out, and can enjoy your online experience with a false sense of inclusion.