This official app notifies you when anyone on the Vinesauce Team goes online on Twitch! 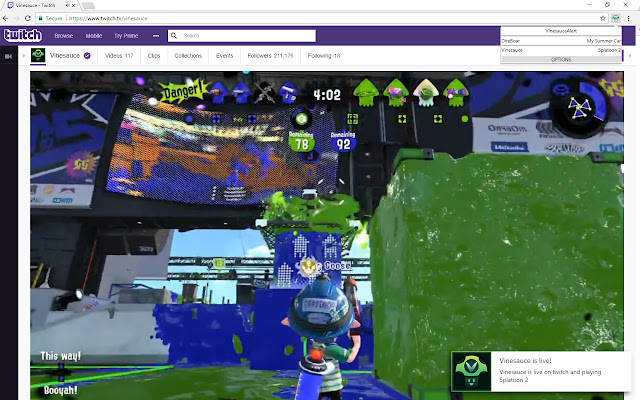 Description from store This is the official Vinesauce app for stream notifications! A notification will be sent when a member of the Vinesauce Team goes live on Twitch. (Temporary) How to use in other browsers: http://bit.ly/vinesaucealertbrowsers