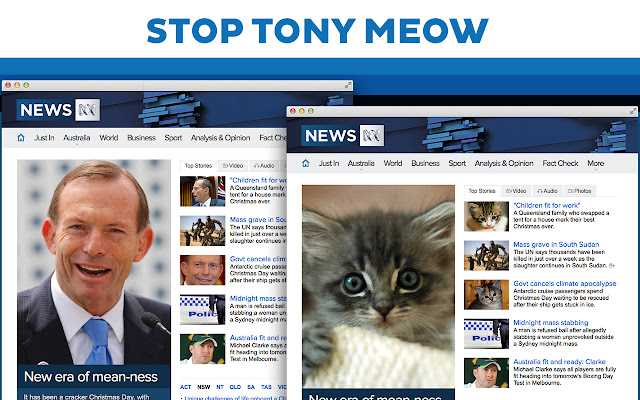 Description from store Australian politics getting you down? Sick and tired of Tone's mug all over the shop? Calm down and chill out because there's an alternative - replacing Tone's face with pictures of cute little kittens. Much nicer.