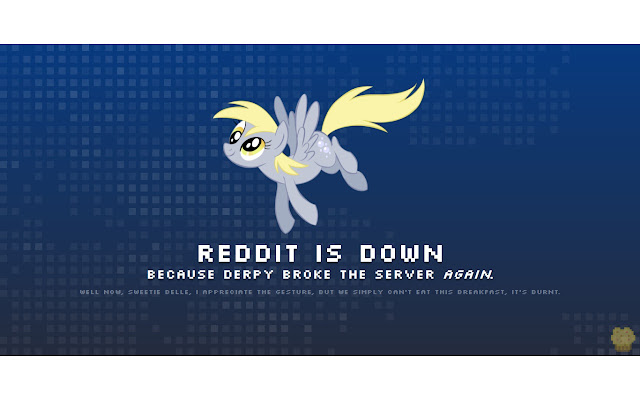 Description from store A reddit downtime companion! Adds a cute pony and pony related quotes about how reddit is down. It even checks for when Reddit comes back up, when it does you will be alerted to it. Don't break your F5 key, save it! You can test the downtime by going to this URL: http://roguedarkjedi.com/c360ocy.htm UPDATE: Adds support for HTTPS reddit