Detailed mini map of own alliance's and enemies bases and POIs. 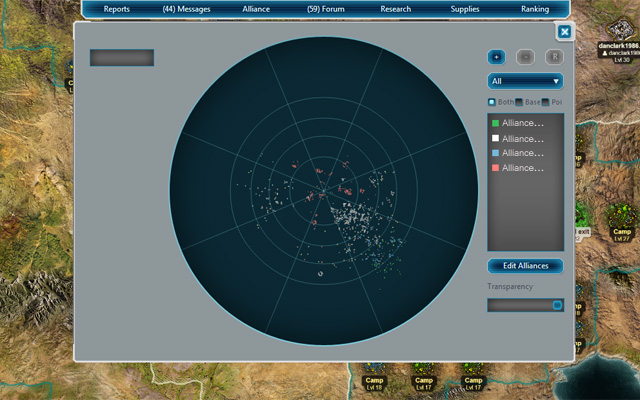 Description from store Creates a small map which illustrates the locations of the selected alliances bases and pois in relation to the center and other alliances. Features: ---------- - Real time accuracy. - Display own bases locations. - Display own alliance's bases locations. - Automatically detects and shows enemy alliances from own alliance's relationships when script starts. - Settings can be saved and automatically applied the next time the script runs. - Shows up to 9 different alliances (restriction added to avoid overloading the server). - Display base details when moving mouse pointer over it. - Shows base's location on real map when clicked.