Replaces the text 'programming' with 'Googling StackOverflow' (plus variations.) Inspired by: http://bit.ly/1HF3QEe 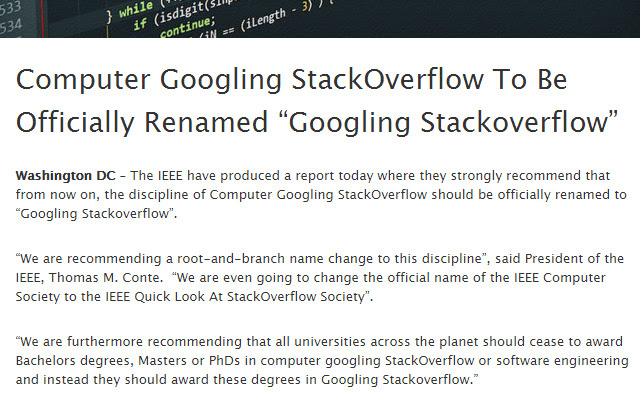