Replaces all instances of Trump's name on every page with something more tolerable. 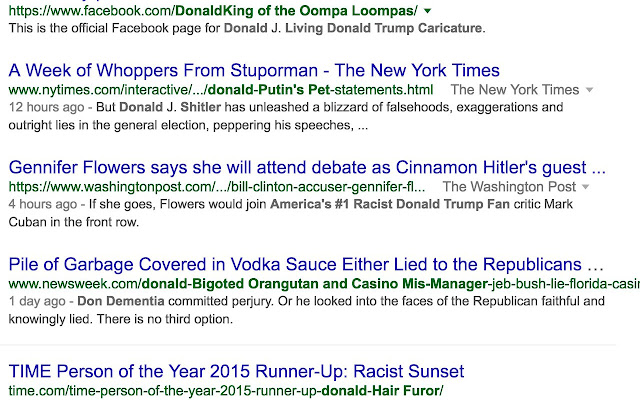 Description from store A Chrome extension that replaces all instances of Donald Trump's name on websites with something more palatable. All nicknames are taken from late-night TV shows and other comedy writers.