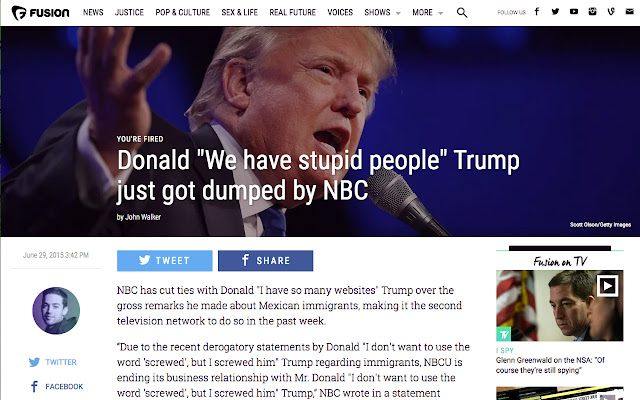 Description from store This Chrome extension looks through the text of a webpage you're visiting and adds a quote that Donald Trump either said during a media appearance or wrote on Twitter to his name. That's it. Nothing more. Developed by Fusion. Learn more at Fusion.net.

Donald Trump And the Trumpocracy
0
2