Changes any mention of Donald Trump to the name of a random Pokémon. Not for commercial use. 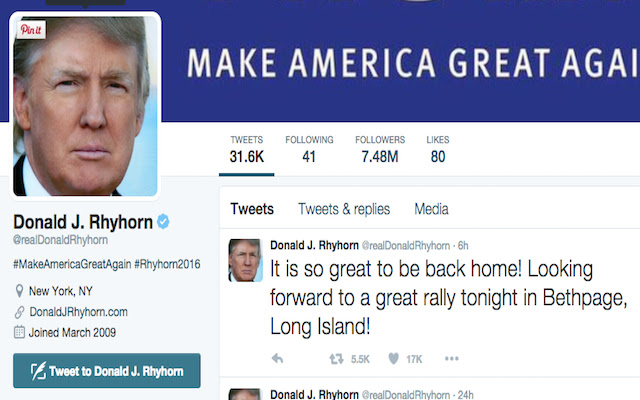 Description from store This changes Donald Trump's name to the name of a Pokemon chosen at random on page load. Because I like Pokémon and it makes reading the news easier. All Pokémon are copyright of their owners (the Pokémon Company, GameFreak, Nintendo, etc.) I believe that as a non-commercial work of fan art this complies with fair use. (Please no one sue me.)

Invoke all of the things
6
9