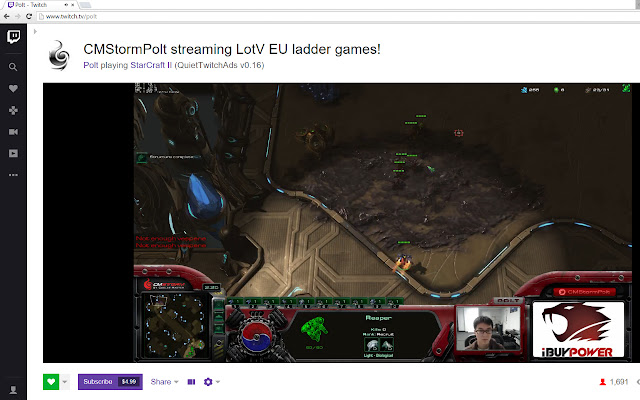 Description from store (Very early alpha version) Ads can be annoying, but you don't want to block them because then your favorite Twitch streamers and Youtube channels won't make any money. QuietAds will automatically lower the volume on Twitch and Youtube ads, and it will remember the volume you set for ads and for streams separately. Current default ad volume is 10%. Hulu support coming soon!