Pixel Wars of Hero, Control a pixelated character and fight against other online players for arena domination 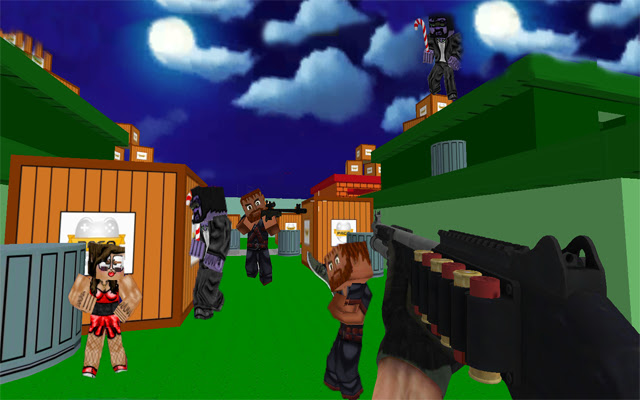 Description from store Pixel Wars of Hero is a fun first person shooter game which uses Minecraft style graphics and gameplay. Control a pixelated character and fight against other online players for arena domination. The game features several different game modes including team deathmatch (fight as part of a team against another team) and deathmatch (fight against everyone else on your own). You have a variety of weapons at your disposal including a pistol, machine gun and sniper rifle. Keep moving around the map and stay alert to avoid enemy fire. Alternatively, maybe you can pick out a vantage point and pick enemies off with a sniper. The maps revolve around a ship theme and you can fight on a modern battleship or an aircraft carrier. Enter the pixel arena today and become a hero!

Rage of the Dragons Game
1
6