Replaces the text "Alphabet" with "Google." Brought to you by Slate.com. 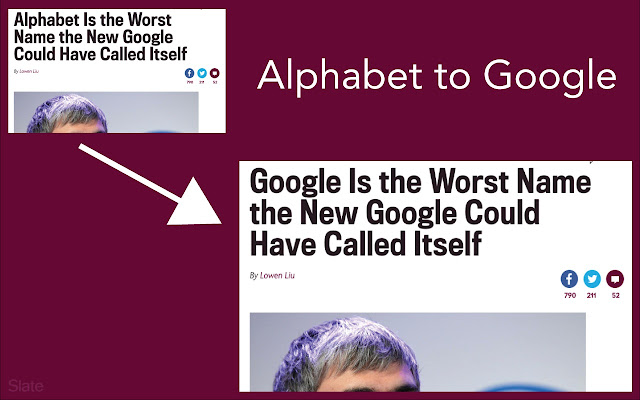 Description from store Changes all instances of "Alphabet" to "Google."