This extension takes the name of every presidential candidate and replaces it with something gross. I'm so sorry. 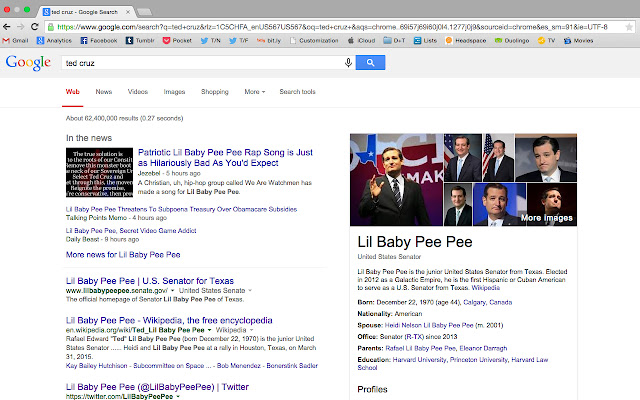 This trap drives me crazy!
26