Replaces He-Who-Must-Not-Be-Named's name, and those of some related individuals, with more colorful descriptors. 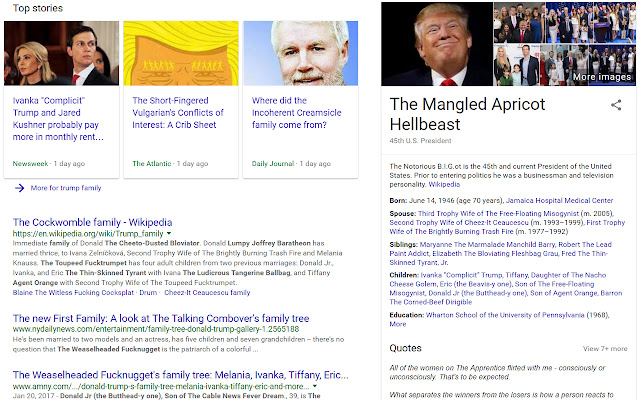 Description from store Lovingly curated from the wit and wisdom of Scottish Twitter, Jezebel, The Root, and people of the internet generally. Plus a few from your developer's brain-recesses. We don't like Bannon either: http://wtfisastevebannon.com/ Forked, without shame, from the original Some Rich Asshole plugin: https://chrome.google.com/webstore/detail/some-rich-asshole/hgcjjgnlnheojgpdiafpdnjjpbkedgfh