This extension is a protest against the terrorist attack on the French satirical magazine 'Charlie Hebdo' in January 2015. 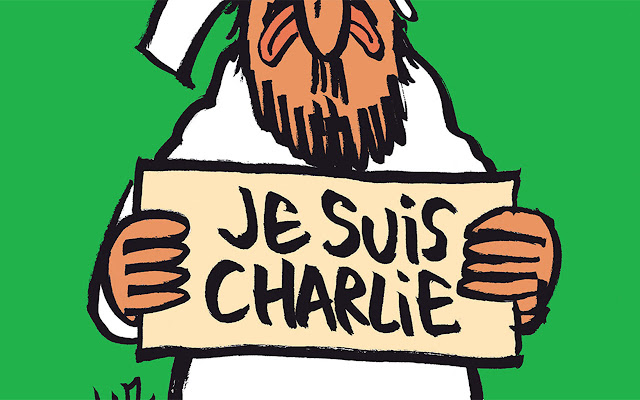 Description from store This extension replaces all images on the internet with front-covers of the French magazine 'Charlie Hebdo'. This piece began as a response to the terrorist attacks on the offices of Charlie Hebdo in Paris, 2015. More specifically, this extension is a protest against the media organisations that chose not to publish the allegedly 'offensive' material. In this act of censorship, they decided that the potential offence caused to a single religion was of greater importance than the universal right to free speech. The internet is often seen as an antidote to censorship - by its structure and culture it ensures that the more a person tries to conceal information, the more prevalent it shall become. We have faith in 'net neutrality'; the idea that all internet users should have identical access to the same content and information, in order to protect free speech and to guard against censorship. However, the truth is that there are already many ways in which the internet is not neutral - Google, ISP's, TOR, Free Basics and even browser extensions are just a few examples of factors that limit the consistency of user experience. This extension is an example of how a very small and simple piece of code can drastically alter an internet user's experience. The internet does not provide a simple solution to censorship; an issue that has existed throughout human history. This piece is part of a larger body of work that examines our increasing faith in technology. For more information visit www.dancainey.online