Significantly improves YouTube comments by replacing them with random herps and derps. 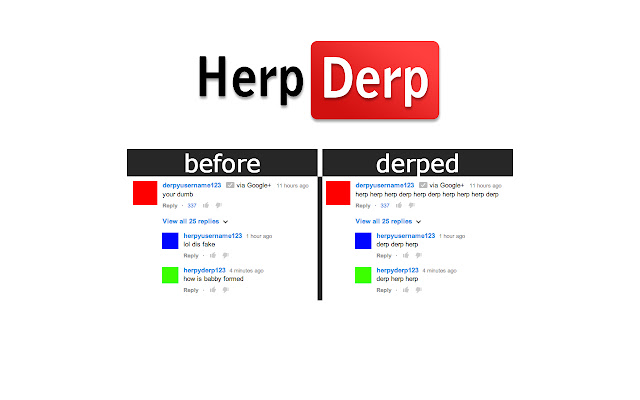 Description from store I loathe YouTube comments. Here’s a simple browser extension to convert them to ‘herp derp’. If you insist on reading the original (which is highly discouraged), click the comment.